No motorbike riding this week. Instead we were holidaying on beautiful but tiny Lord Howe Island, about 500 kms off the coast of NSW.

There are only about 20 cars on the island, and the speed limit is 25kph. Not that it prevented one of the young local family lads from wrapping himself around a palm tree on his motorbike a few years back (RIP Harry).

For the tourists especially, the main way to get around the island is by bicycle. 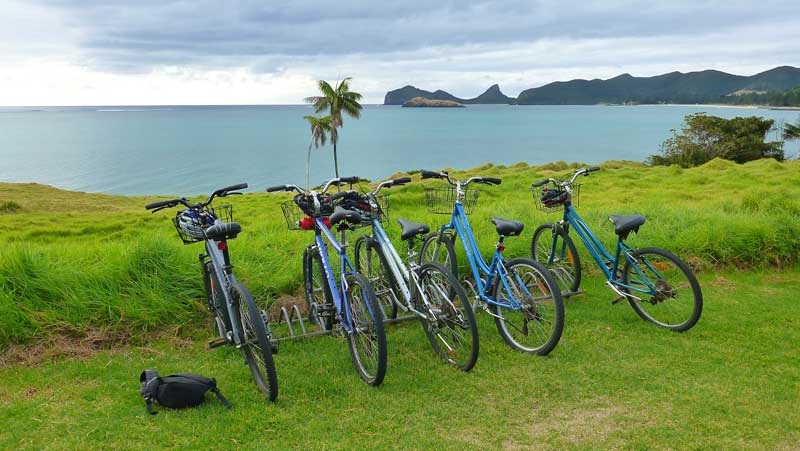 It’s been some years since either Zorro or I have been on pushbikes. But as the saying goes…

It really does come back to you pretty quickly.

The roads and lack of traffic are forgiving enough when you haven’t quite got your balance.

And I never reached the speeds required to understand what Zorro is always trying to explain about ‘counter-steering’ of motorbikes on corners.

We rode around on pushbikes almost every day of the week we were there. I noticed that the seat pain from the motorbike ride was similar, and I hoped the daily punishment might toughen things up a little (ooh yeah!)

On Lord Howe there’s no mobile phone reception and extremely limited internet use. It is so removed from our technologically driven world that I don’t think Zorro even missed his motorbike.

For one heavenly week anyway…