Now that we’re back to being a one-bike household (yes, Zorro’s S1000 has been sold…) and I’ve almost forgotten how that little diamond-cut seat used to feel, it’s time to declare my verdict on the new beast. 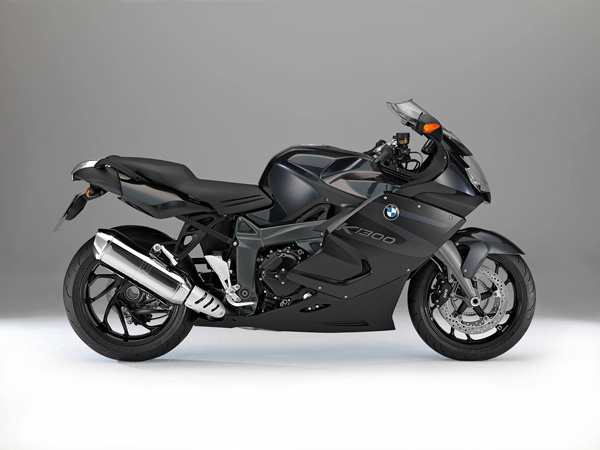 Official pic of the BMW K1300S (same colour as ours)

I call it a beast, because at 254 kgs, the BMW K1300S is 50 kgs heavier than the S1000. It’s definitely a bigger bike! Fortunately, Zorro says he doesn’t notice the extra weight and feels really comfortable with its size.

I think that’s because, whereas the S1000RR was poised and eveready, feeling like a tightly-wound spring, the K1300S feels planted. And effortless. It’s power comes through smoothly (but still super fast).

Nor do I feel like my weight has much effect on it. I can fidget and adjust my position without seemingly upsetting its balance. The S1000 was affected easily and I really had to pick my moment to slide back on the seat.

This bike is made for carrying a pillion. I love how easy it is for Zorro to alter the bike’s dynamics. At the push of a button he can set it to cater for 2 riders. Another button cycles it from Comfort to Normal to Sports mode.

Best of all, it eats up bumps in the road so smoothly that I can’t help but laugh when we hit any. Dips are a delight. I find myself saying “Wheeee!” as we cruise through them.

The seat position of the BMW K1300S isn’t exactly Honda Goldwing cruising-armchair-style, but it’s a long way from the jockey position of the S1000. Its width seems just right for me. Its height puts me just behind Zorro so that I can see over his shoulder easily, but get protected from the wind (and bugs!)

I can even see the instrument dials over his right shoulder. Not just to keep an eye on the speedo ;) The clever BMW computer shows all the essential details, like range left in the fuel tank, tyre pressure, a clock. And – most important of all – the ambient temperature! Now I can tell that it’s not that I’ve left a zipper unzipped, but that I’m feezing because the temp dipped 6 degrees since we left home.

Mind you, the computer doesn’t display all that info in one readout. No, it needs Zorro to push a button. What I haven’t yet worked out is how to let him know I want the button pushed, when we’re not on the intercom… (For some silly reason he prefers to keep an eye on the tank and tyres rather than time and temperature.) 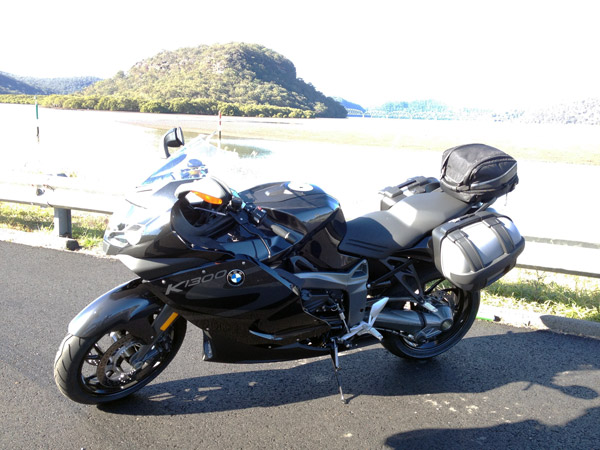 Locked and loaded for touring. With a seat built for 2!

Other niceties of the K1300S, that will come in handy on weekend trips, include:

I’m sure that leaves you in no doubt that I’m quite happy with the new bike. I think I’ll be laughing over the bumps for a while yet.

PS. There are also heated hand-grips. But that’s only good for Zorro. For me, I’ll just have to get some nice new Winter-weight gloves…

« First road-trip on the new bike
Kabuto through the ages »