We spent this weekend in Melbourne. Unfortunately that meant missing a gorgeous weekend in Sydney, with 21C and sunshine. It would have been ideal for riding…

Melbourne in August is pretty chilly, but we had good weather really. It was at least 6 degrees cooler than Sydney, but we did see some sun, and managed to miss the occasional shower that blew through on Sunday.

Anyway, one of the highlights of the weekend was a visit to the NGV (National Gallery of Victoria) and seeing the Samurai exhibition.

Bushido: Way of the Samurai contained amazing pieces of samurai attire. Their beautifully ornate armour, swords and helmets showed the Japanese attention to detail and how they intertwine the arts with war.

I like this kabuto with the dragonfly on top. The wings are hinged so they flutter as you ride :)

From this I discovered that “kabuto” – the brand of my motorbike helmet – is actually the Japanese word for helmet. (Pardon my ignorance, but I just thought it was a meaningless brand name.)

These fancy – and sometimes quite fearsome – kabuto were worn on horseback. So, yes, they were riding helmets.

Japanese culture is amazing, because it is so different to the west. It developed over such a long period of time without influence of other cultures. 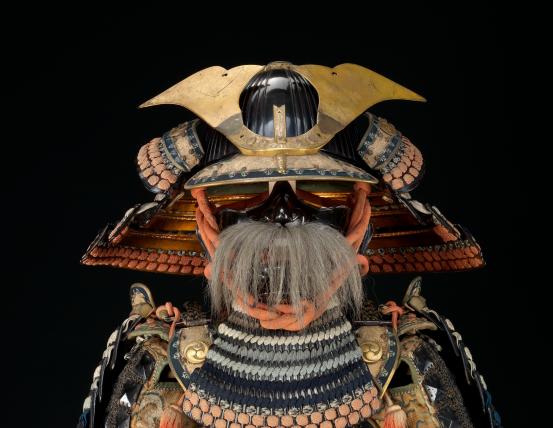 This kabuto would be a good one for Zorro. His Dad sports a moustache that’s not dissimilar.
(Image source: the NGV)

So I’m wondering now… how to customise my Kabuto before our next ride?